2020-11-03 Elites' comments on Shenzhen's further development On October 14, a grand gathering was held in Shenzhen to celebrate the 40th anniversary of the establishment of the Shenzhen Special Economic Zone. Some attendees from Shenzhen shared their thoughts on the important speech delivered by General Secretary Xi Jinping and expressed confidence in the city's development in the next 40 years. More 2020-10-19 Luohu model citizens vow to work harder to make bigger contribution to Shenzhen Shenzhen was not built in one day. Over the past 40 years, generations of pioneers, trailblazers, dream chasers, and numerous others have offered their sweat and brainpower. More 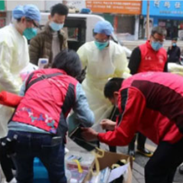 2020-09-10 In the fight against COVID-19, everyone counts Like other places in China, Luohu has made major strategic achievements in the people's war against the COVID-19, thanks to the effort of everyone involved. More 2020-08-26 Luohu salutes Shenzhen SEZ with micro-documentary This year marks the 40th anniversary of the establishment of the Shenzhen Special Economic Zone (SEZ). More 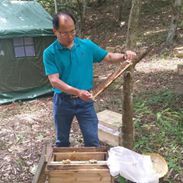 2020-08-20 Beekeeping mayor a honey to the poor A Shenzhen official designated to aid the poverty alleviation work in Xilin County, Guangxi Zhuang autonomous region, has been nicknamed "The Beekeeping Mayor" for his dedication to the development of a local beekeeping industry. More 2020-08-17 Luohu: Incubator of reform & opening-up Over 30 reporters of national- and provincial-level media outlets visited Luohu on Aug 5, as part of a publicity campaign, organized by the municipal government of Shenzhen, to mark the 40th anniversary of the founding of the city as a special economic zone. More