Luohu is the ‘incubator’ of reform and opening-up: reporters 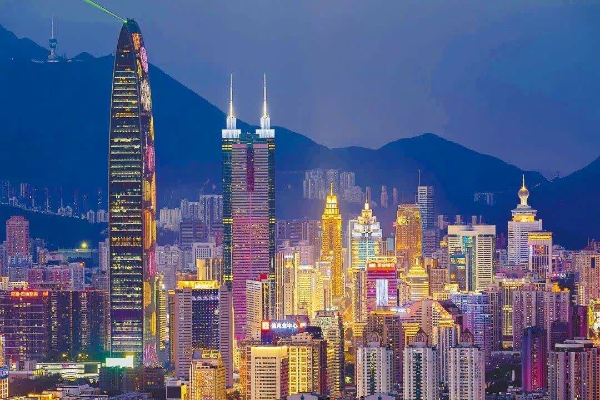 Over 30 reporters of national- and provincial-level media outlets visited Luohu on Aug 5, as part of a publicity campaign, organized by the municipal government of Shenzhen, to mark the 40th anniversary of the founding of the city as a special economic zone.

One reporter referred to Luohu as the “incubator of the reform and opening-up policy” as it was the first district set up in the city 40 years ago.

They gathered on the 67th floor of the Baoneng Center, a landmark construction of Sungang in Luohu, where they experienced a bird’s eye view of the district. To the east of the building is the newly built Liantang Port that will be opening soon; to its south are the Kingkey 100 Tower and the Diwang Building, both landmark buildings of the Shenzhen; to its west are several skyscrapers under construction; and to its north is the Chahuadi urban renewal construction site.

After that, the reporters went to the Arts Exhibition Center, an important zone of interior decoration and craftwork design in south China.

Luo and Liu introduced Luohu’s development plan to the visitors. According to them, the district will seek new development space in its north, further develop its financial sector in Hongling, and accelerate the development of the region bordering the Hong Kong Special Administrative Region, expedite the development of emerging industries in Dawutong, such as artificial intelligence, 5G, industrial internet, big data and cloud computing, and continue to build the Shenzhen-Hong Kong port economic belt.

According to the district government, more land will be secured for urban renewal projects to help solve the current shortage of land which restricts development.

Luohu is a key zone in the Guangdong-Hong Kong-Macao Greater Bay Area. Therefore, it will serve as a highlight for building Shenzhen into a pilot demonstration zone of the socialism with Chinese characteristics in the future, said the officials.