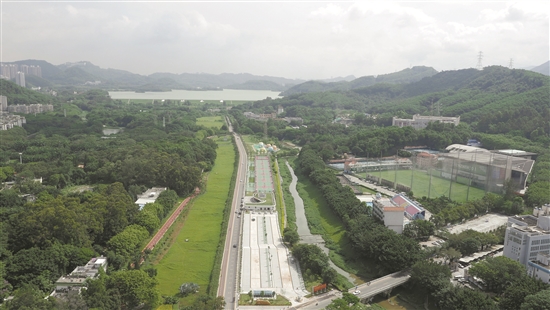 The Luohu Bureau of Culture, Radio, Television, Tourism, and Sports recently released an action plan for improving the district’s soft power over the next five years.
According to the plan, Luohu will organize opera carnivals and musical festivals, found a Canton culture center, and promote cultural exchanges in the Guangdong-Hong Kong-Macao Greater Bay Area.
The district will also build more leisure and sports infrastructure, including parks, where public leisure activities can be held. By doing so, Luohu aims to form a cultural, sports, and leisure belt around Donghu Lake in the future.
Luohu has recently started renovating and upgrading the Luohu Art Museum and selecting the site for the new district culture and art museum. In the future, Luohu will also make use of renewal projects in Hubei, Qingshuihe, Xinxiu, and other areas to plan the layout of more themed museums; science, technology, and culture centers; cultural and music theaters, and other major cultural and sports facilities.
In terms of policy support, Luohu is also formulating supportive policies and action plans for the development of digital creative industries, which will be released in the near future, the bureau said